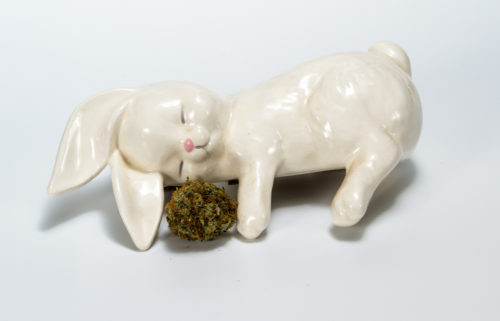 Everybody knows that smoking weed often leads to drowsiness and fatigue, though new research suggests that this side effect may actually be able to be used as a treatment for various sleep disorders, like insomnia. However, if you’re here to find out about the sedative effects of THC then I’m afraid you’ve come to the wrong place, this article will focus solely on the more indirect effects of CBD on the human sleep cycle – if the latter sounds like its for you, then read on.

CBD, for those of you who don’t know, is a compound found within the marijuana plant that is non-psychoactive, meaning it doesn’t produce any mind-altering effects. There’s lots of evidence to support claims that CBD has the potential to treat all sorts of conditions, from anxiety to psoriasis, but what about working as a sleep aid?

Human sleep is actually a process that takes place over a number of stages. Stages one through four are what’s called non-rapid eye movement sleep (NREM), and stage five is, you guessed it, the rapid eye movement phase (REM). One whole sleep cycle lasts around ninety minutes, and undisturbed cycles are essential if we are to function properly the next day.

Most people need at least eight hours of sleep every single night in order to keep their cognitive functions intact, though some individuals struggle to get this for whatever reason. Poor sleep can have a whole variety of negative impacts on the body, such as weight gain and premature aging.

It is true to say that there is quite a bit of conflicting evidence when it comes to CBD as a treatment for sleep issues, and it also doesn’t help that there are barely any studies on the matter involving humans. For example, one study done by the School of Medicine at the University of Colorado in 2016 only looked at a single participant in terms of sleep and CBD. The conclusions of this research were positive, the individual did sleep better after her dosage of the substance, but as the sample size was literally just one it isn’t exactly reliable.

However, just because there aren’t lots of studies and research evidence doesn’t mean CBD hasn’t helped lots of people get a good night’s rest. In fact, it has been proven that melatonin (the sleep hormone) can be supplemented with CBD to aid in the treatment of sleep issues.

Some food for thought…

Furthermore, even if CBD can’t directly send people off into a nice, healthy, deep sleep, it may be able to treat some of the root causes of sleep issues, like anxiety or PTSD. By treating these disorders, sleep issues may be tackled as well seeing as they are simply a side effect.

Have you ever used CBD to help you sleep? Did it work? Let us know in the comments.