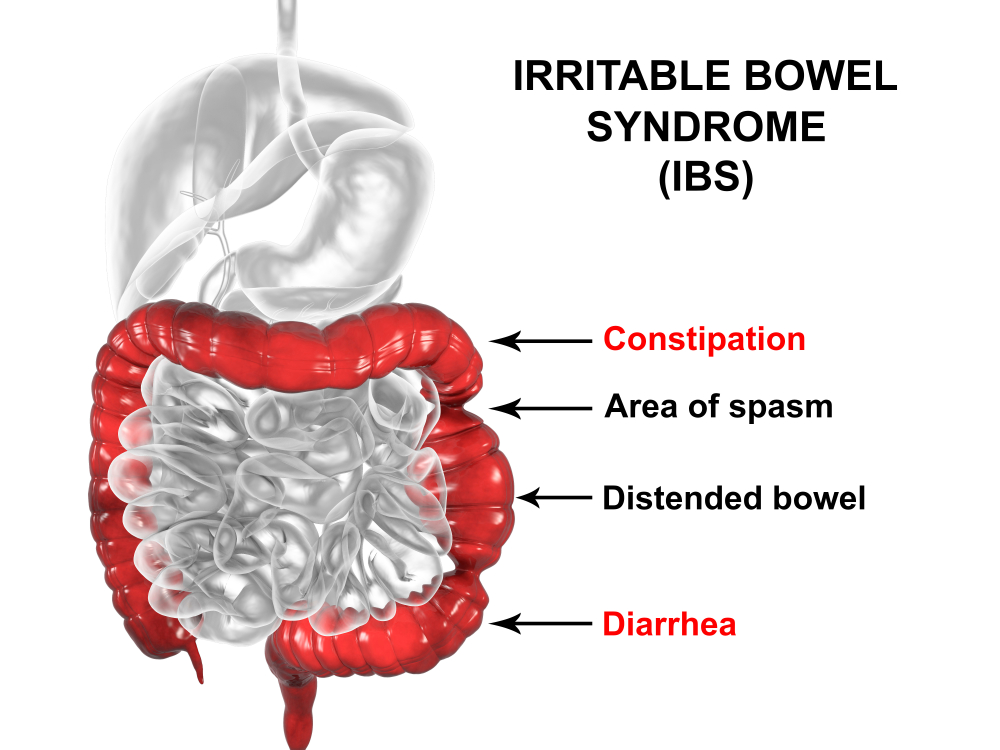 Irritable bowel syndrome (IBS) is a condition that affects a surprisingly large number of people all across the globe. The cause of this disease is not yet known and the treatments that are available are wildly ineffective which, of course, means quite a large loss in quality of life for many sufferers. The good news is that cannabis is now being looked at as a potential treatment for IBS, with lots of successful applications coming to light every day. Interestingly, both CBD and THC have roles to play as each cannabinoid has specific properties which may be able to relieve some of the symptoms of the condition. Let’s dive in and take a closer look at IBS, as well as what CBD and THC may be able to do to help.

This condition is painfully common and so, of course, it is very important that an effective treatment is found. IBS can happen to anyone, at any stage in their life, though negative emotions such as stress or anger have major parts to play in its development. Something else that can trigger IBS is a microbial disparity in the intestine

The symptoms of irritable bowel symptoms are pretty nasty and uncomfortable. They include stomach pains, abdominal bloating, weight loss, cramps, bowel problems, and bleeding from the anus. Some research even goes to far as to state a connection between IBS and mental health disorders, like anxiety and depression.

As I’ve already said, the medication and treatment that is currently available for individuals with IBS doesn’t work very well at all. What’s more is that many of drugs given to IBS patients is either entirely ineffective or causes serious and harmful side effects. In fact, experts estimate claim that only around 30% of patients receive the correct medication for their symptoms.

The Role Of CBD and THC

It has long been accepted in the medical community that cannabis has the ability to treat a myriad of gastrointestinal problems, though research in the area is very limited due to marijuana prohibition and stigma. However, some relatively recent studies have shown there to be a few cannabinoid receptors (the things CBD and THC bind* to) in the intestines.

When cannabinoids like CBD and THC enter the body, they bind or connect with cannabinoid receptors – which we now know are practically everywhere. Science has recently discovered that when these receptors are activated, fluid secretion and inflammation in the body are decreased.

What Symptoms Could Cannabis Relieve?

It has been claimed by medical experts that CBD and THC may be able to reduce cramping and increase intestinal control, as well as reduce inflammation in the gastrointestinal tract. It has also been said that cannabis could help to relax spasms and contractions in both the small and large intestine. THC and CBD also have the potential to block mechanisms in the spine and other areas that are responsible for the pain experienced by IBS patients.

Obviously not an incredible amount of research has been done in the area and so nothing totally conclusive can really be said, but it is certainly encouraging that lots of people who suffer from IBS have been helped as a result of cannabis research. In time, hopefully marijuana-based medical treatment will become more mainstream and receive more funding, but in the meantime, we’ll just have to wait and see.

Has cannabis ever helped you? Let us know in the comments!